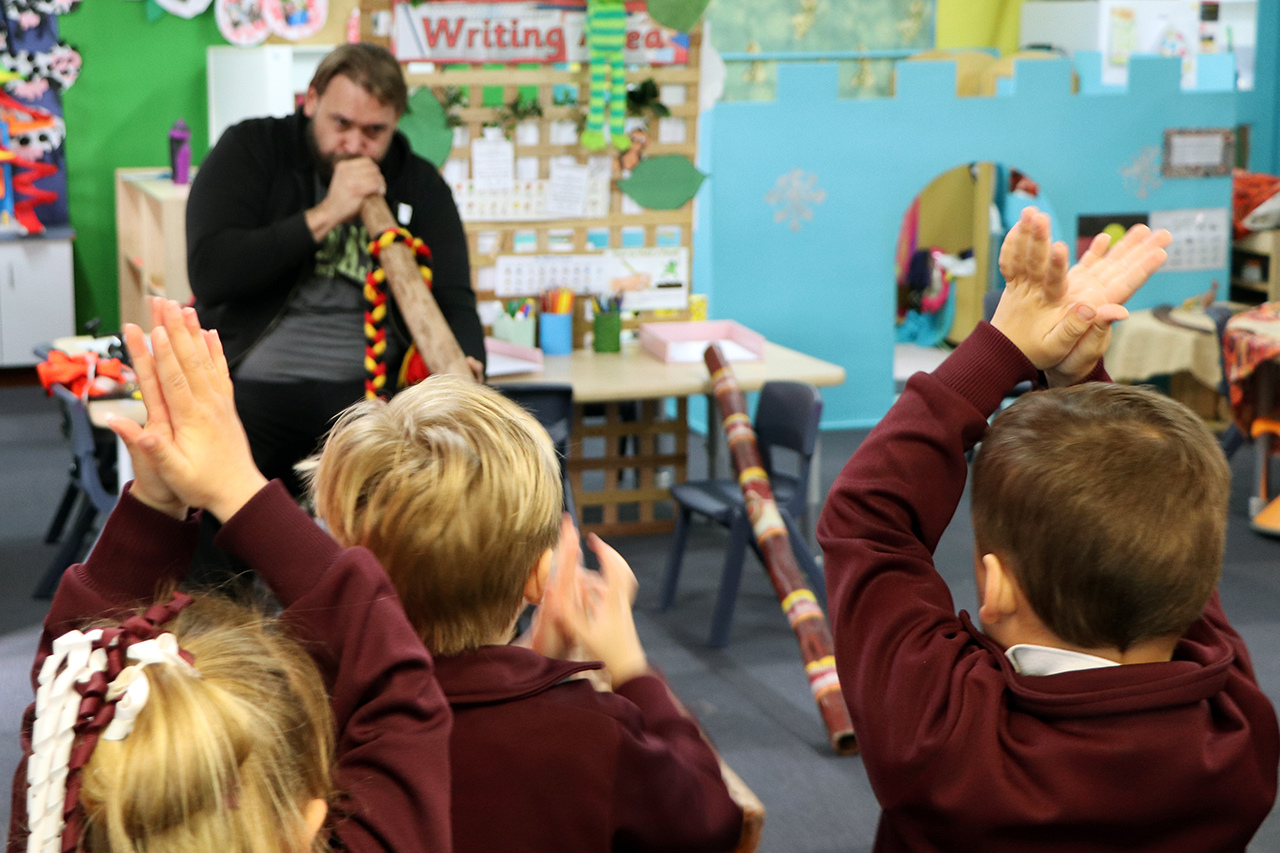 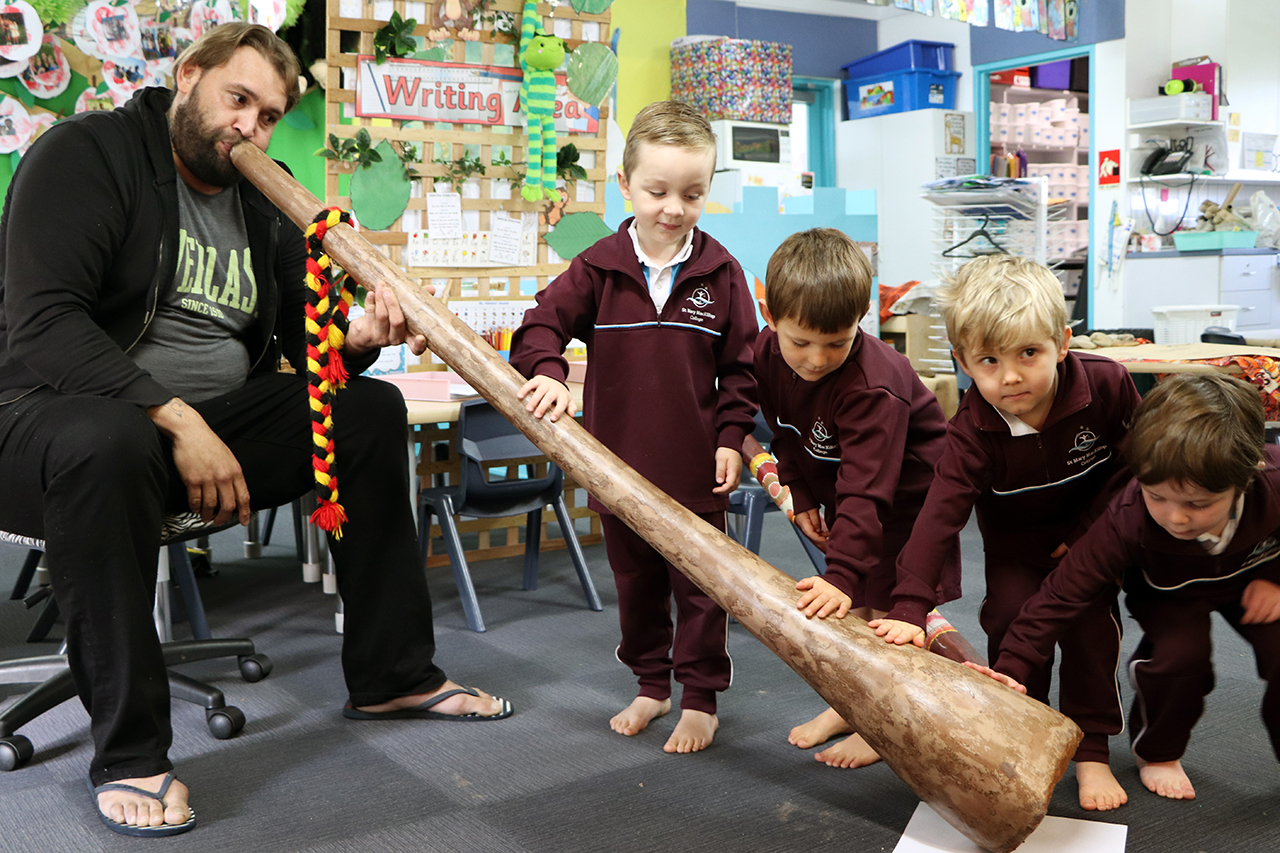 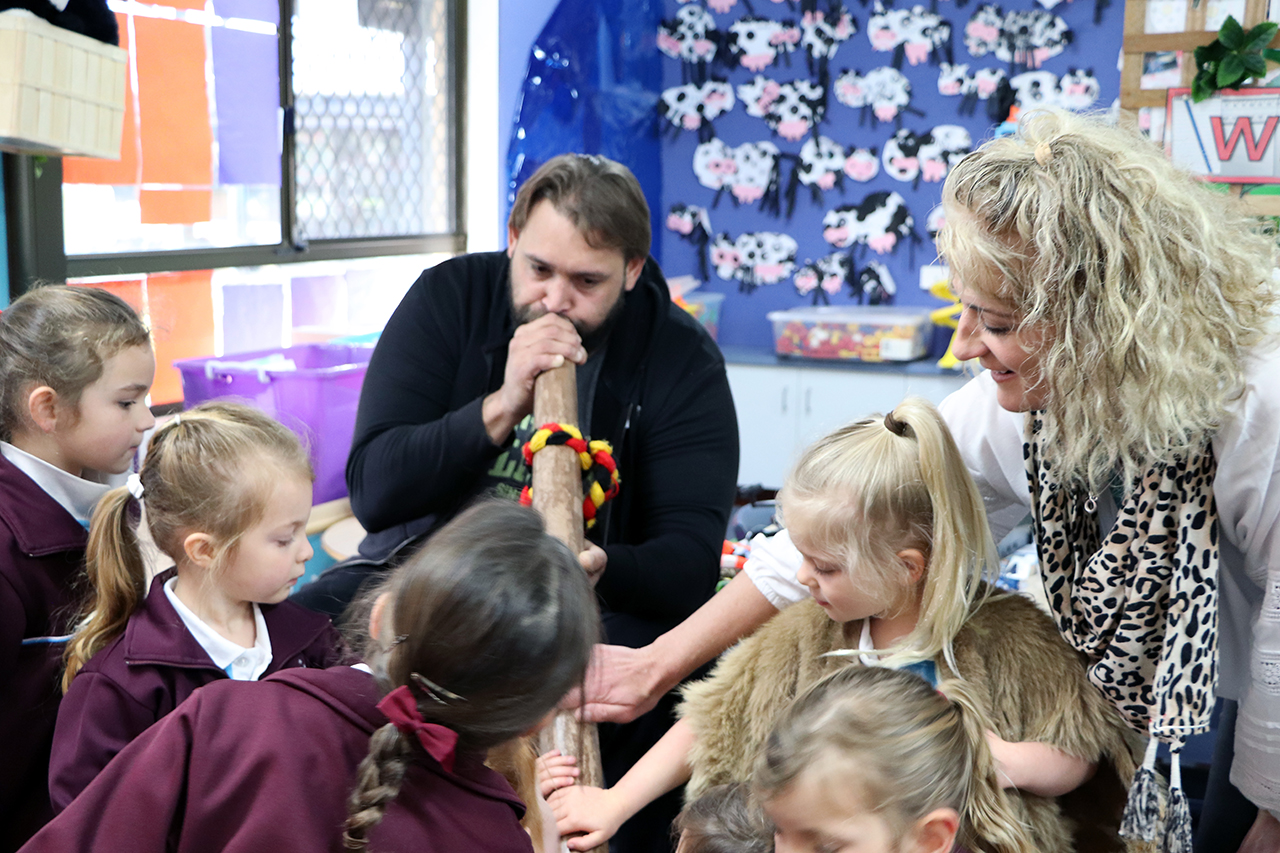 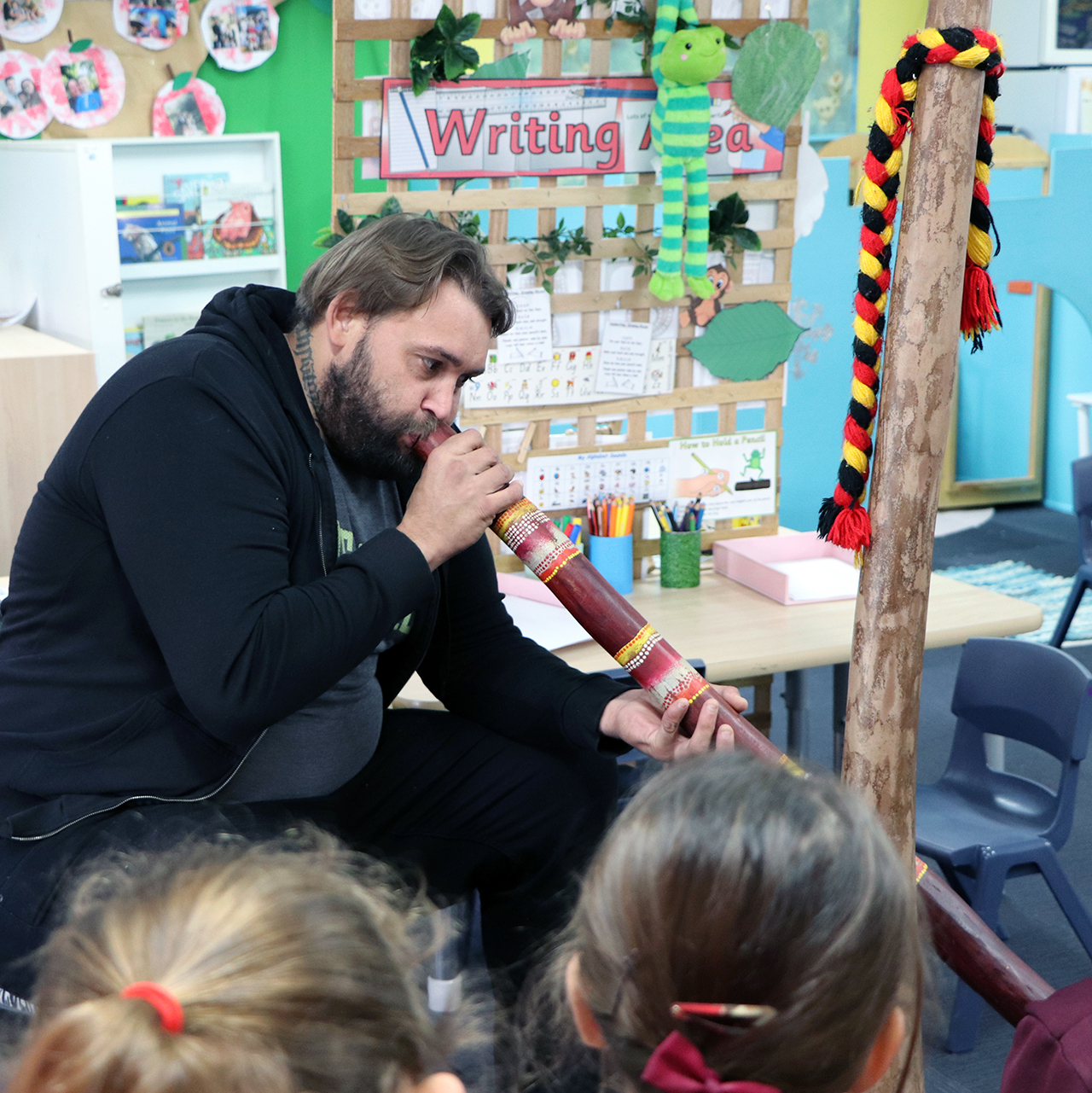 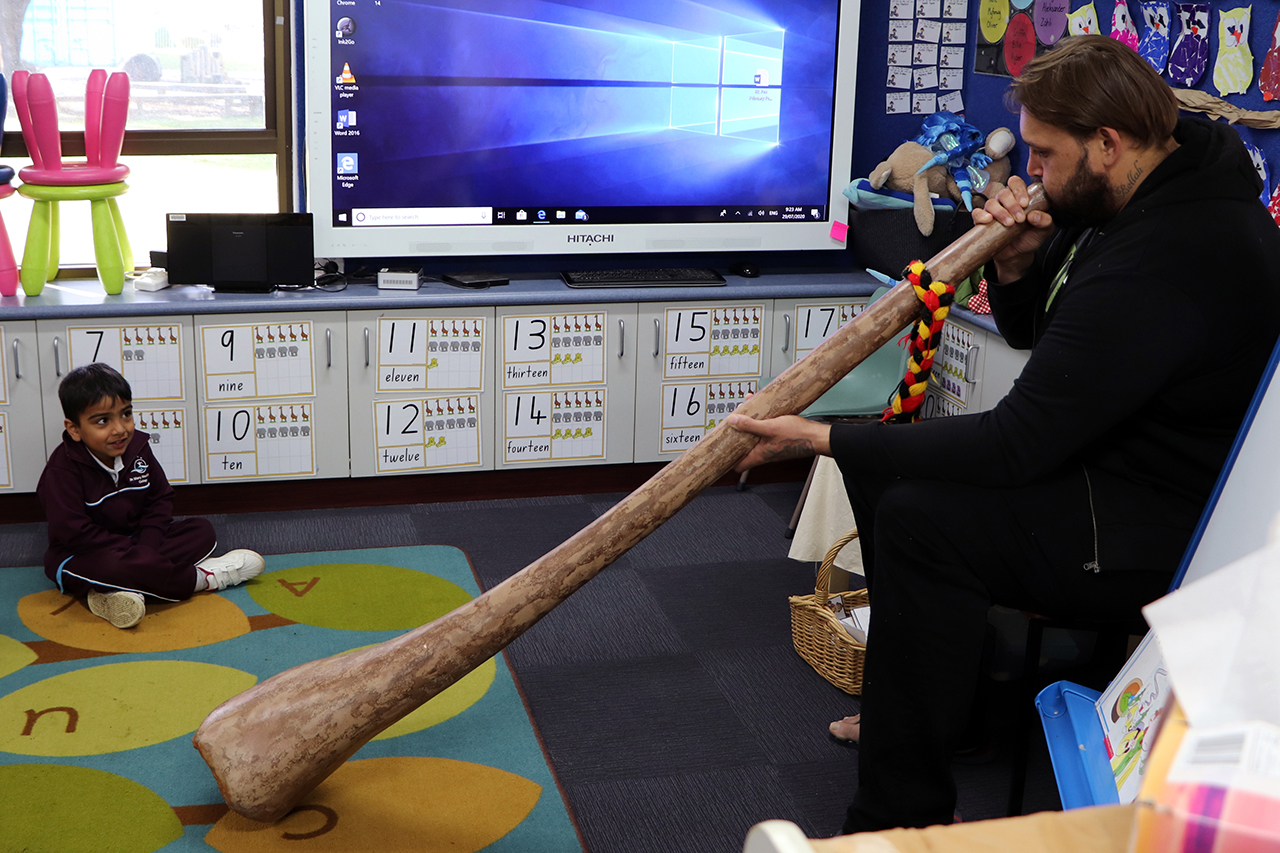 Mrs Bayliss and Miss White’s Kindy classes enjoyed a visit from Mr Chris Narkle this week, who brought along his didgeridoo to demonstrate the various sounds that can be made from this traditional Aboriginal instrument.

Students in Kindy have been learning about Aboriginal Culture this term. Mr Narkle presented the sounds and movements of native animals – from the bounce of a yongka (kangaroo) to the laugh of the kaa-kaa (kookaburra) – all mimicked within the distinctive noise of the didgeridoo. Students also learned the ‘front-paw’ dance of the dwert (dingo) to accompany its howling sound, and copied the beak movements and strange noises that a wetj (emu) makes.

Mr Narkle demonstrated the differences in sound from the shape and size of each didgeridoo, and explained how the instrument is formed first by termites, before being ‘finished off’ by carving. The students also took an opportunity to feel the vibrations of the wood as the didgeridoo was being played.