Brant Garvey was born missing his right leg above the knee, but that hasn’t stopped him from achieving some exceptional feats.

He shared his story with a group of Year 11 students on Friday as part of their Religion and Life course looking at what gives meaning and purpose in life.

He talked about his early years learning to walk and participating in various sports like swimming and wheelchair basketball that were considered ‘appropriate’ for someone born without a lower leg.

For Brant it was his sister’s bravery and perseverance over 10 years of cancer treatment that inspired him to break out of the limitations that he had accepted due to his handicap.

Brant had been told that he would never run, but at the age of 28 he set out to do just that. Despite many initial failures, he refused to give up and gradually improved until he was able to do a fun run in Perth.

He then signed up for and completed the Busselton Ironman in 2013, becoming the first above-the-knee amputee to do so, thereby setting a world record.

Since then he has competed in triathlon events around the world, become a world champion, and in 2016 was the Australian representative for this event at the Paralympics in Rio.

Brant gave the students an insight into the costs associated with his artificial leg (over $150,000) and the running ‘blade’ that he uses in competition and some of the issues around training, travelling and competing.

Today he runs a business called ‘No Excuses’ and this is the motto he lives by. He encouraged the students to look at what excuses are holding them back, and to challenge these assumptions.

Brant refuses to be limited by his handicap or the circumstances that life throws up. His event in the 2020 Paralympics was recently cancelled, so now he is in training for an extreme ironman event called the Norseman. He also needs to balance his training with being married and having a young son to look after.

His positive attitude, sense of humour and willingness to work hard to achieve his goals made an impression on the students he addressed and they asked a lot of questions about how he coped and competed.

Brant was able to visit the College as part of a package organised by the Busselton Runners Club in conjunction with their annual Half Marathon and his talk was sponsored by Northern Star Resources Limited & and Paramount Safety Products. 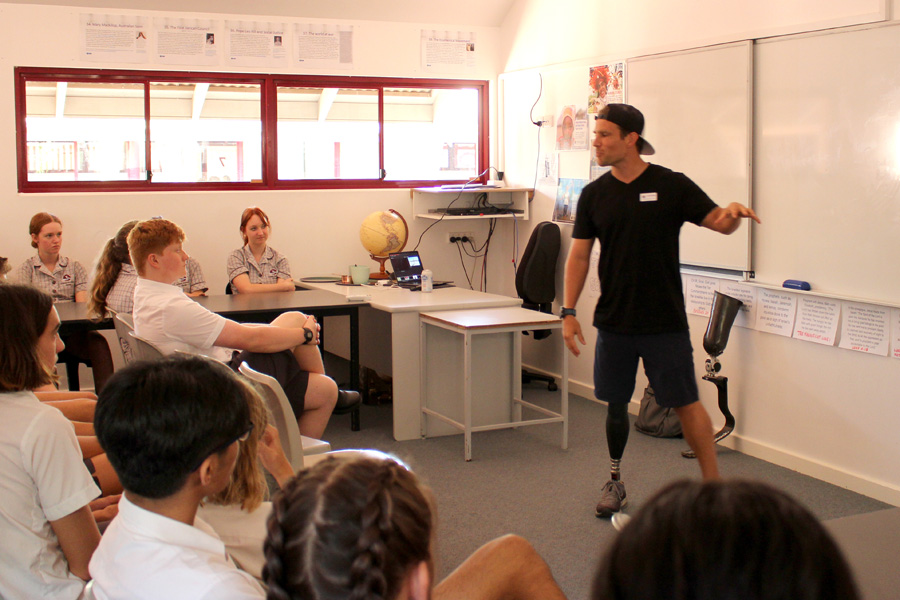 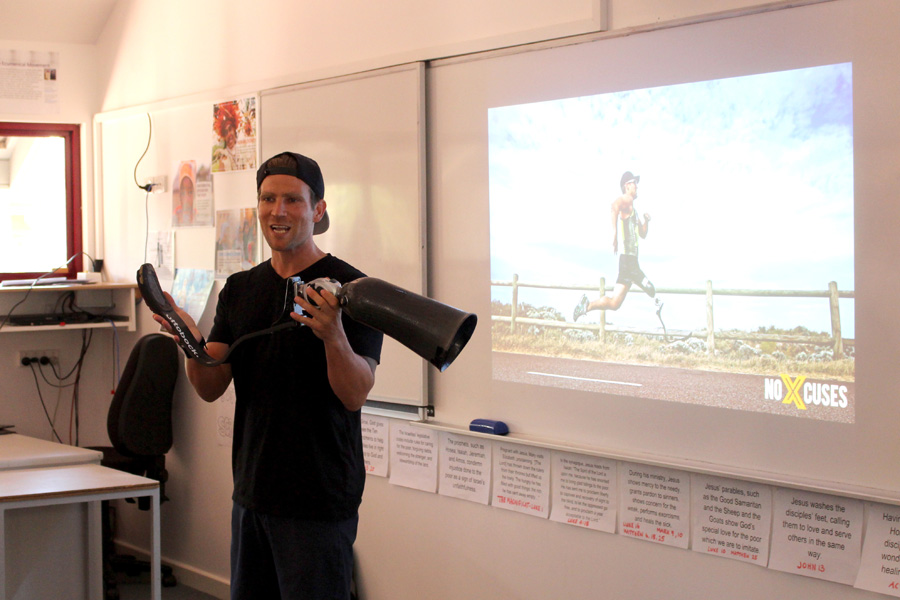 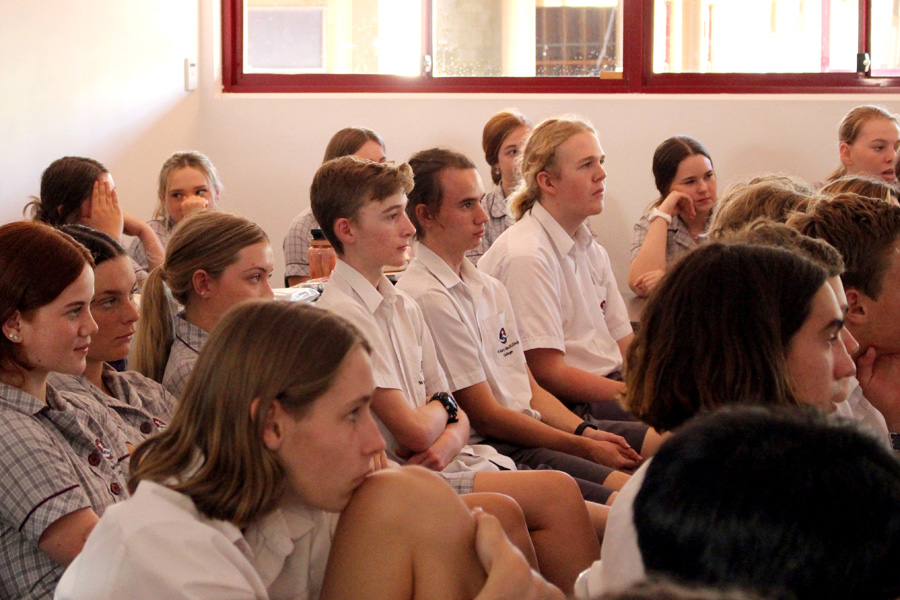