On Wednesday 4 August, our ACC Football squad students travelled up to Hay Park, Bunbury for the Year 10 Eagles Schoolboys Cup and the Year 10 Girls Fremantle Dockers Cup, competing for superiority amongst a number of schools in the South West Division.

Although the boys did not come away with a win at the carnival, to observe the backs, midfielders and forwards continually developing their roles selflessly, providing opportunity for their team to compete in all contests was very pleasing to see in what was to be an extremely competitive competition. At no stage did the team give up and every game was engaged with competitiveness and a high level of sportsmanship. The manner in which the boys conducted themselves was duly noted from the umpires and staff from participating schools. An excellent team effort, however there are a few boys (Seth Matteo, Joshua Sutherland, Taye Wright, Nick Tucker and Noah Andrews) who delivered standout performances and deserve a mention.

I have to say that I was really impressed with the showcase of skills on display in what proved to be extremely competitive and challenging games of football.

Ann Villareal led the team from the backline with her explosiveness from the packs and aggression at the football. Alissa Christian, Mia Omodei and Selina Kelly were also outstanding at half-back, with intercept marking, powerful spoiling and tackling. From the fullback line, provided stability and were determined to let nothing get past them, often rebounding and driving the ball back up to the midfield.

Georgia Pickering, Ava Richards, Tayla Verheoff and Alice Gosper proved to be dangerous up forward applying pressure and strong marking contests; and Ava Hughes and Isabella Van Kleef were always there to crumb the ball and convert on the scoreboard.

On-ballers Daisy De Morton, Matilda Thompson, Isabella Van Kleef and Kara Haynes were outstanding with their run, drive and handball through the middle of the ground and on one occasion delivered a kick to Gypsy Plester who took a fantastic mark in the forward line.

Milly Oldmeadow, Mia Botha, Lacey O’Brien and Ellie Samsa provided plenty of run on the wings often setting up play for the forward line and were very well supported by Selina Kelly who rucked tirelessly all day and receiving plenty of the ball in the process.

Well done girls on an excellent team performance. There were also some standout performances (Matilda Thompson, Daisy De Morton and Isabella Van Kleef) throughout all of the games that deserve a mention.

Lastly, I would like to offer my thanks to Ben Horrocks, Morgan Stark, Liana Perrella, Kaylee Kirk and Stephanie Collins who attended the Year 10 Football Carnival with our students to assist with coaching and facilitated organisation for the day’s activities. 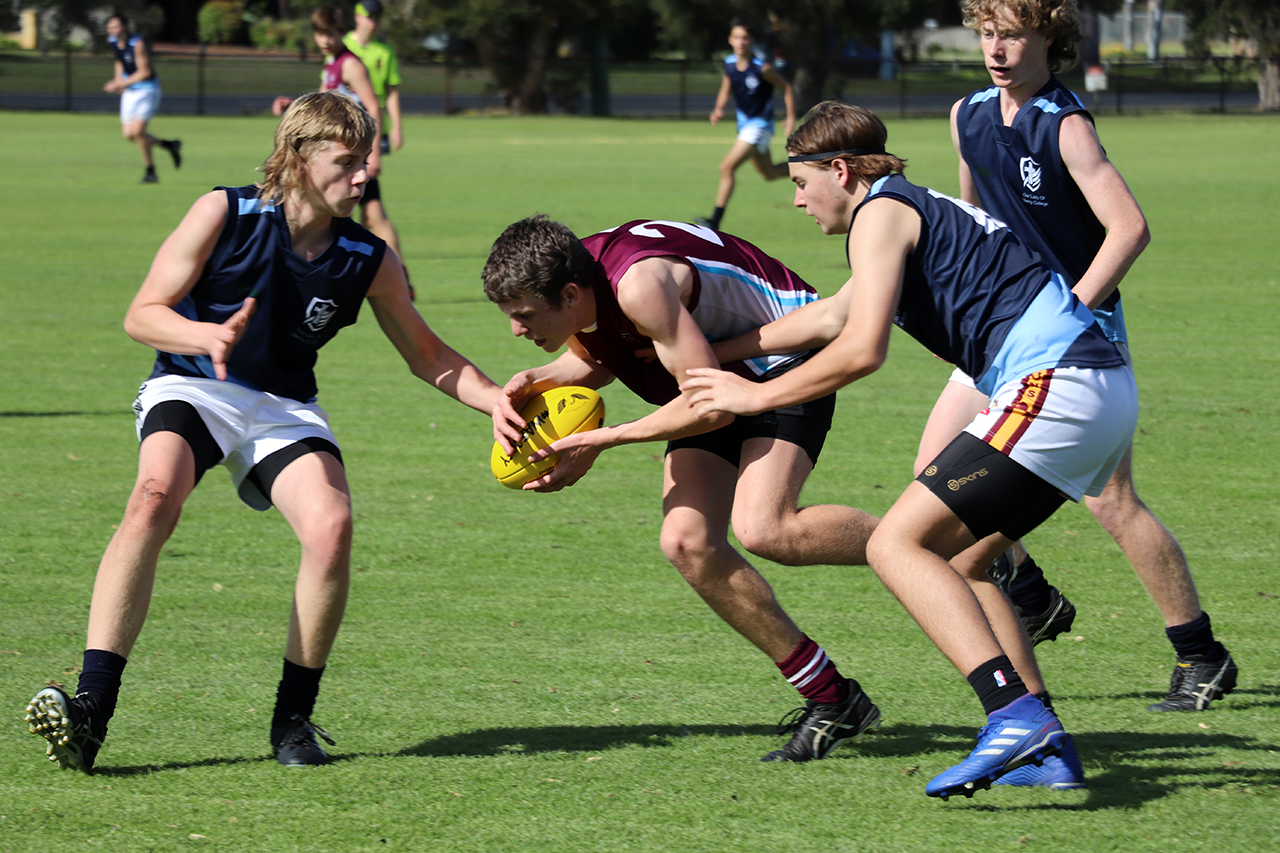 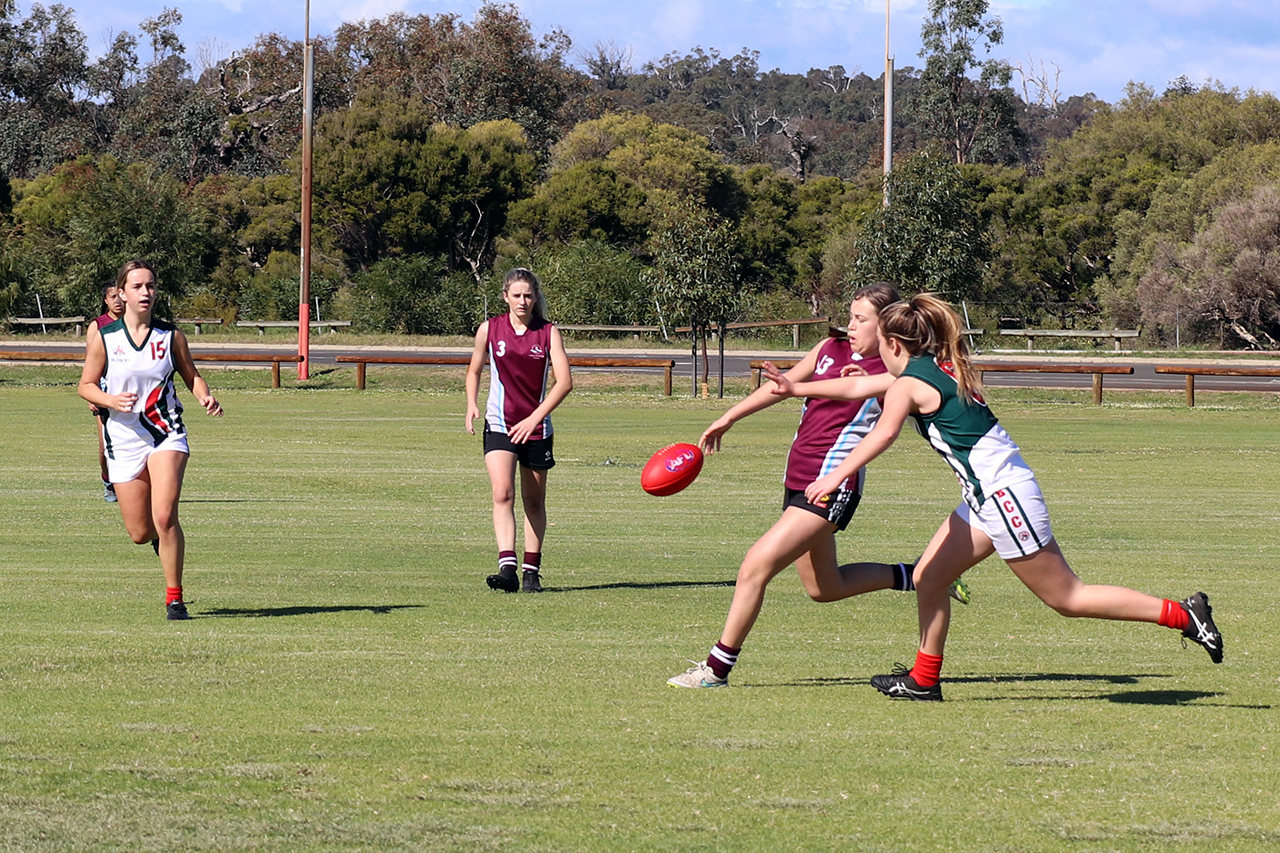 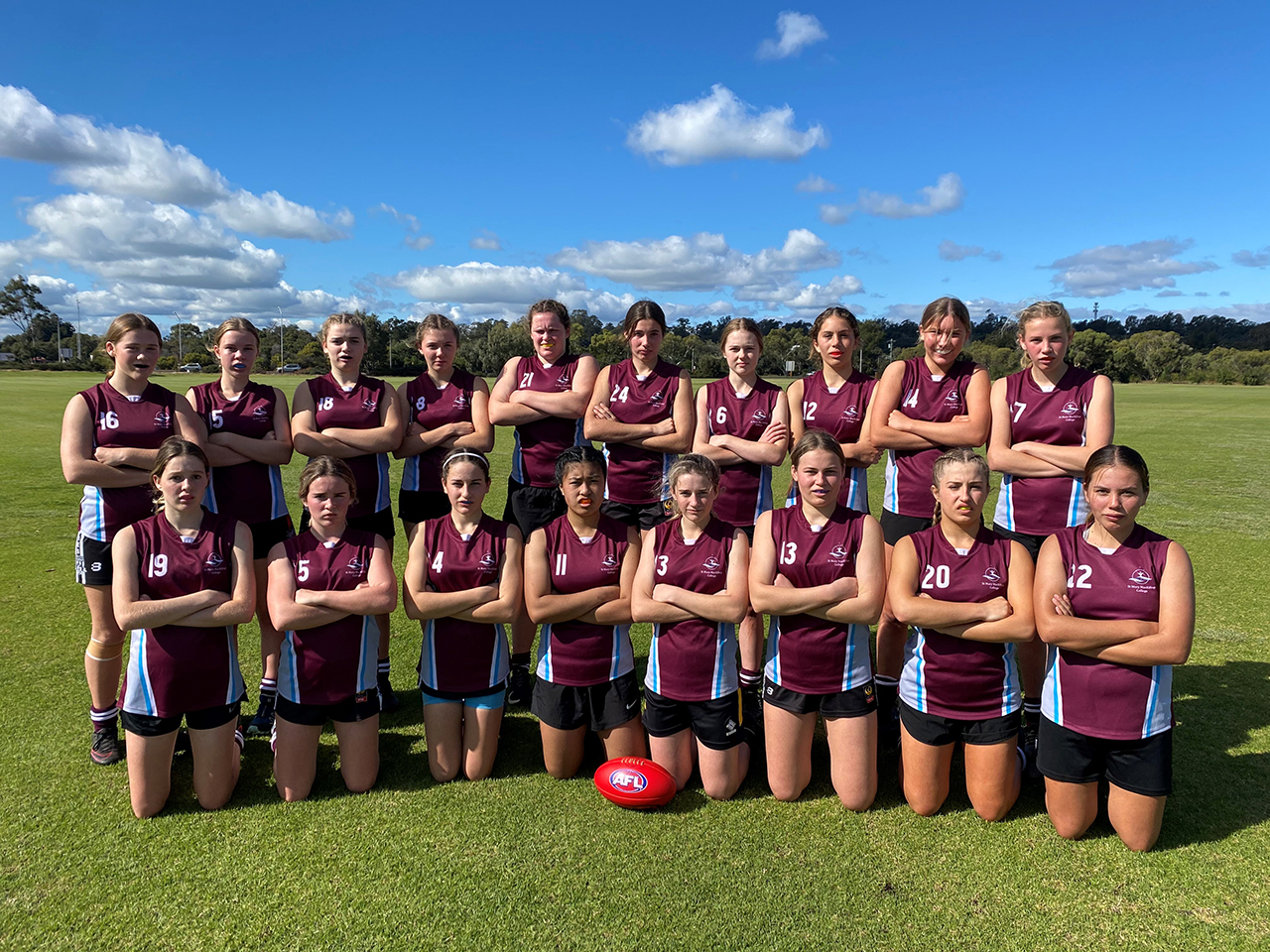 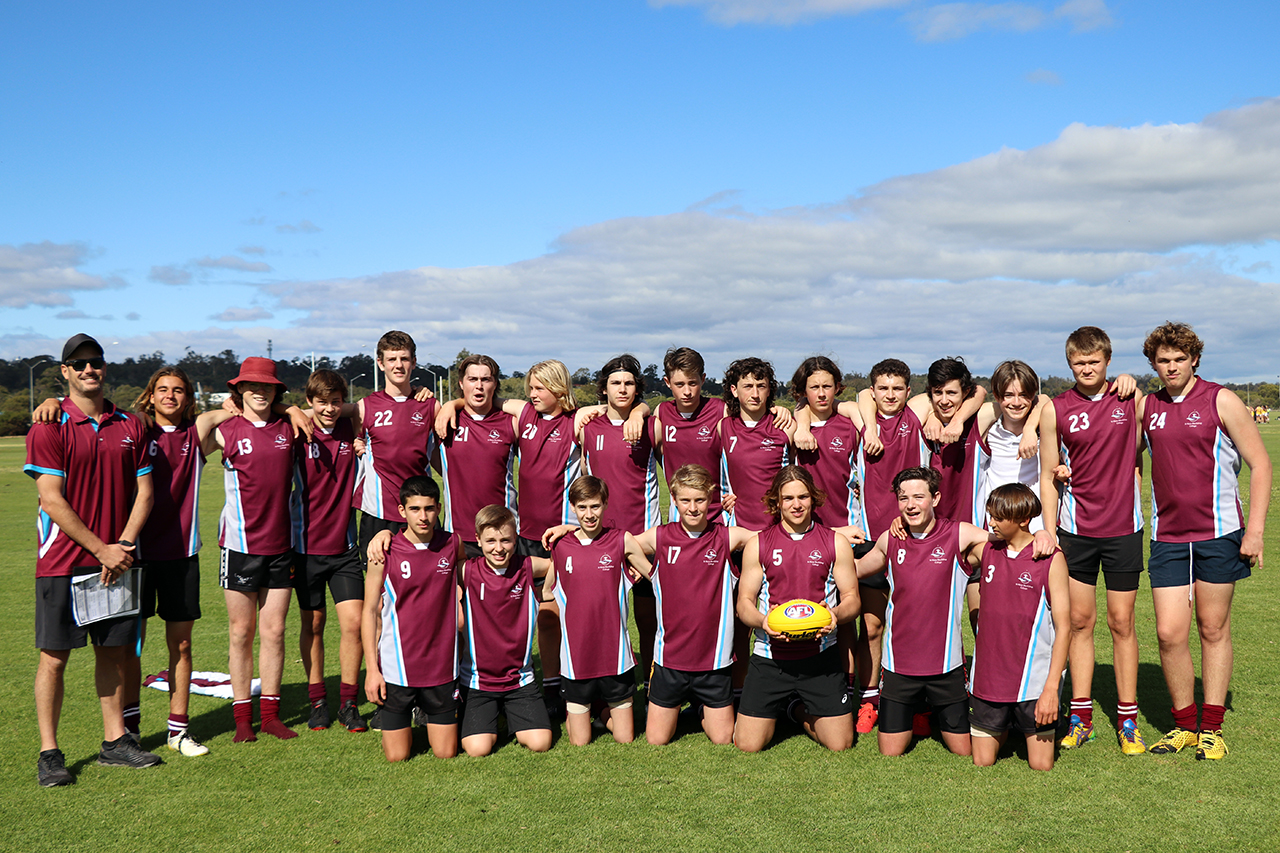 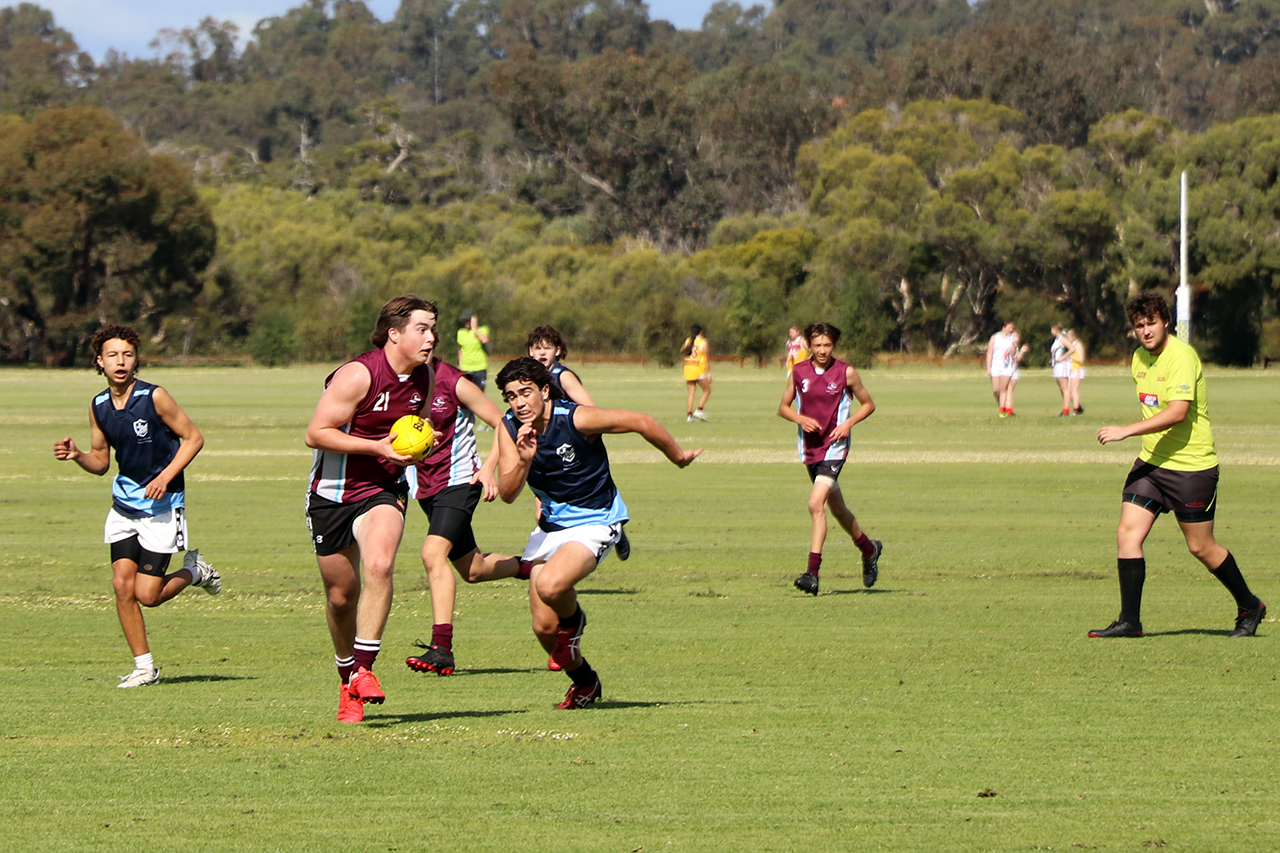