St Mary MacKillop College Swim Team will advance for the second year in a row after winning back to back overall aggregate shields in the ACC Swimming Carnival in Perth. Following on from their D-Division win in 2015, our swim team produced another mighty effort this year, surprising the likes of La Salle College and Ursula Frayne to take out C-Division on debut.

The Senior Boys also managed to bring home their aggregate shield, after missing out to GMAS last year, while the Senior and Overall Girls placed second.

Ross Rann, Indiana Williams and Maddison Johnston-Walker were awarded champion in the Under 16 Male, Under 17 and Under 14 Female age groups respectively, with Angus Johnston-Walker and Isobel Norris placing third.

The success of the St Mary MacKillop College Secondary Swim Team has seen the College win three divisions in the last four years. This has been largely due to the efforts of team members on the day and to their commitment to seven weeks of training in preparation for the event. Head Swim Coach Mr Peter Pavlinovich was assisted during training and on the day by Mr Mark Taylor and the rest of the PE Department. The team advances to B-Division in 2017. 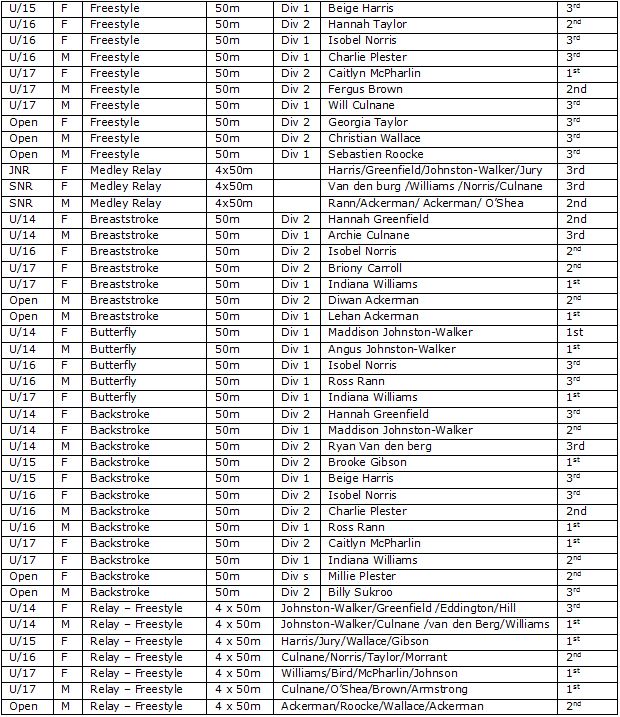