A letter from the Prime Minister

A surprise came in the mail recently for one of our Year 8 students, Sam Walker, in the form of a letter from the Prime Minister, Scott Morrison.

It was in response to a letter he had written to Mr Morrison back in September, as part of the HASS curriculum. In it, Sam expressed his concerns about climate change issues such as global warming, the impact of plastics on our waterways and their production processes on the ozone layer.

“I know you have kids,” wrote Sam, “so you must be worried about the world you are leaving them. So let’s not wait any longer, it’s time to act.”

Sam had taken the time to post his letter during a school visit to the Busselton Town Centre, and was surprised to receive a written reply only two weeks later.

Mr Morrison thanked Sam for writing to him on such an important issue, and encouraged him to learn more about STEM in order to contribute to the environment through research, innovation and enterprise. He concluded by saying, “Australia needs young people like you who are passionate and want to help care for our oceans, rivers and forests.” 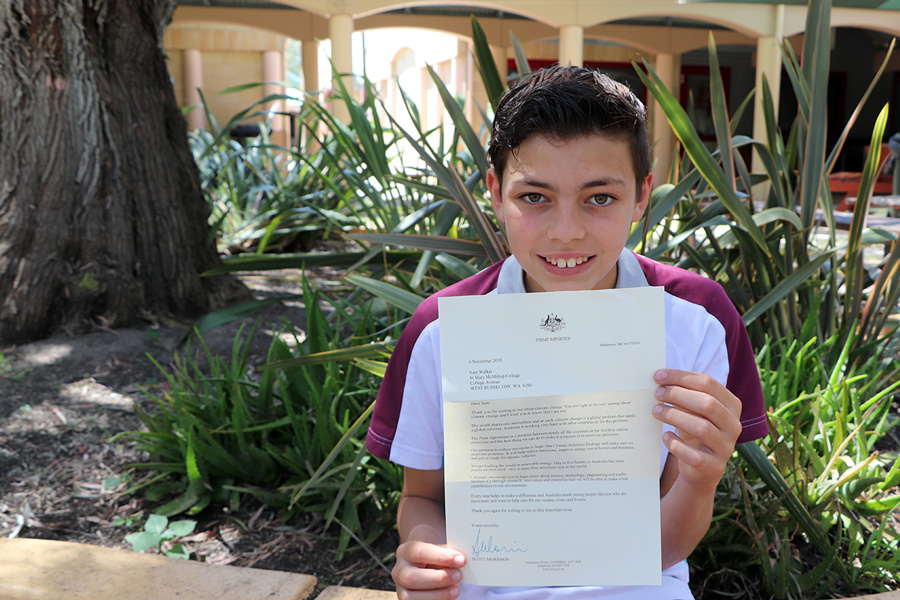