During the second week of the July holidays, 36 music students from the College embarked on a 7-day tour of Melbourne and surrounds with staff members Miss Jackson, Mr Bradley, Mr Taylor and Ms Jones.

They began their flight from Perth with a 5am check-in, and after arriving in Melbourne they met with their coach driver and were soon settled into their accommodation. After pizza and pasta for dinner in East Bentleigh, the group continued to Bayside for an evening performance with Sing Australia.

Day Two included a performance and workshop at Mentone Girls’ Grammar School, followed by a visit to Docklands for some sightseeing and shopping. After dinner in Carlton, they enjoyed a bird’s eye view of Melbourne from the Eureka Skydeck - for those brave enough to venture a look, anyway!

On Day Three, the group enjoyed a guided tour of the MCG, including a peek into some of the more exclusive and historically significant member’s rooms. The senior students said the ‘spooky’ daytime visit to the Melbourne Gaol made Freo prison look like ‘a comfy hotel’, and the group gained some insight into the life of one of its most notorious residents, Ned Kelly. Dinner was followed by a performance with Sing Australia in Heathmont.

It was a long journey out to South Gippsland to start Day Four, but the welcome from Mary MacKillop Catholic Regional College in Leongatha made it well worth the trip. The morning was spent in band and vocal ensemble workshops, where the groups traded songs and the singers developed their skills in harmony and combining voices. The vocal teacher is also a professional jazz singer around Melbourne, and shared some of her repertoire with the group.

That afternoon, the group headed down to Phillip Island, where they sampled the delights of the chocolate factory and wandered among the koalas in the conservation park, before sitting in sub-arctic conditions on the beach to await the cute little fairy penguins. The students delighted in watching these creatures clamber up the dunes to their tiny houses as they headed inside themselves, for dinner and warmth.

Day Five began with an alfresco performance at Queen Victoria Markets, which was an Insta-hit with tourists, and earned the team ice cream for dessert. At Doncaster Secondary College, the band and vocal groups workshopped songs for an afternoon concert, before heading back into Melbourne to negotiate the trams during peak hour. Back to our last night in Coburg, burritos and the busker’s ice cream treat.

Day Six, with everyone packed, the group headed to Ballarat and the open-air gold-rush museum of Sovereign Hill – which was decked out for their Christmas in July ‘Winter Wonderlights’. Highlights included the doctor’s surgery and lolly shops, as well as returning after dinner for the sound and light show ‘Aura’, which was held under the stars.

The final day of the tour began with packing, before heading back to Melbourne and the MCG for an AFL match between Geelong and Hawthorn. It was difficult to leave at three-quarter time with the Cats on a comeback, but the coach driver let them listen to the last quarter on the way to the airport for their flight back to Perth. 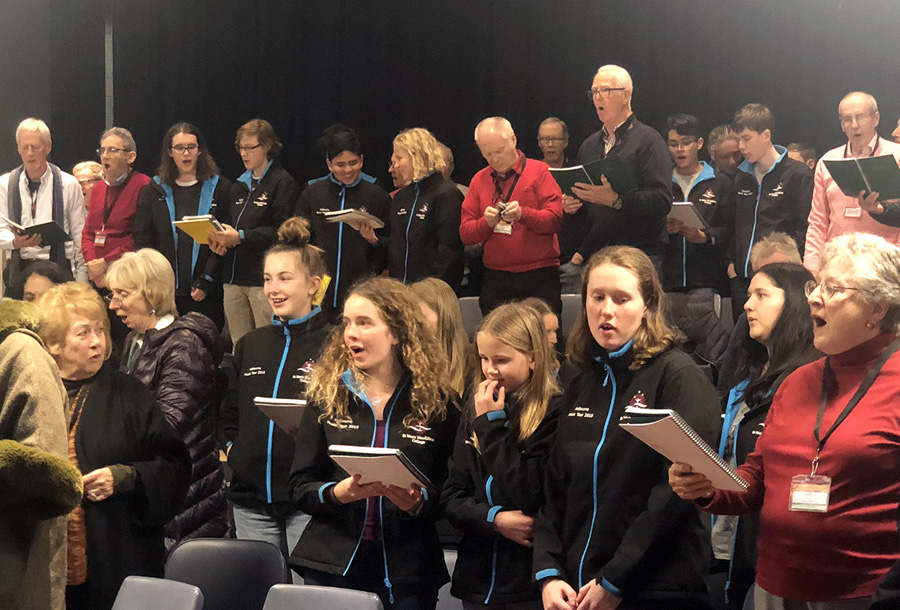 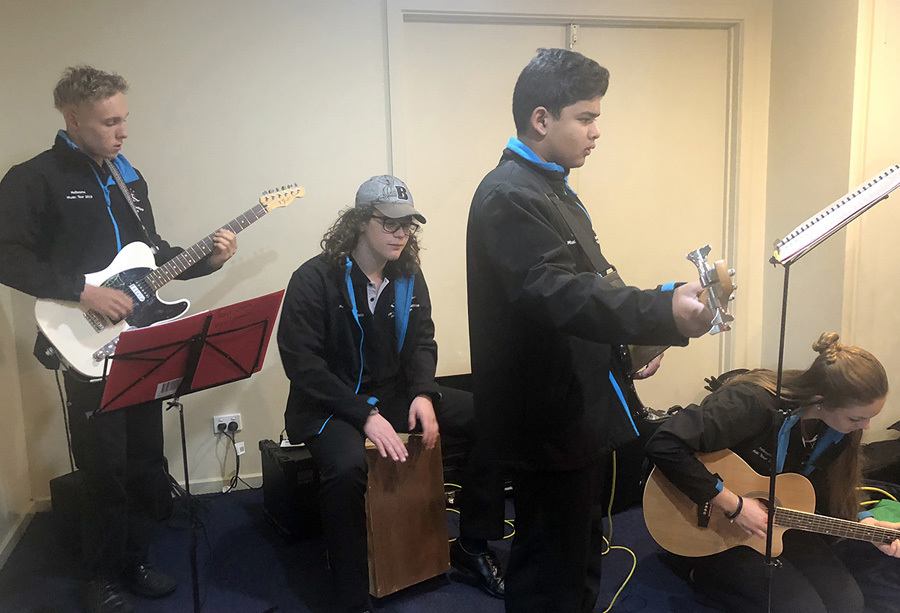 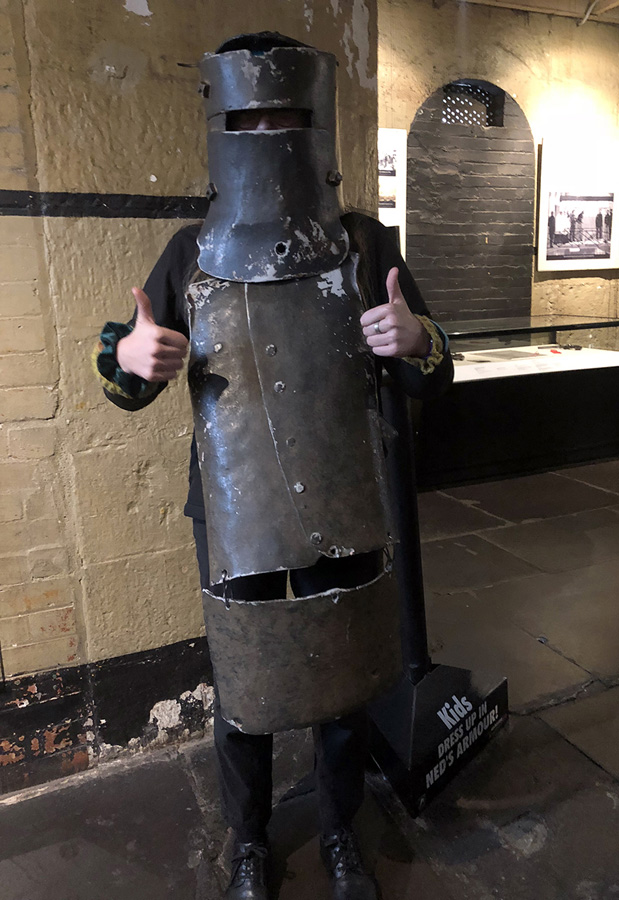 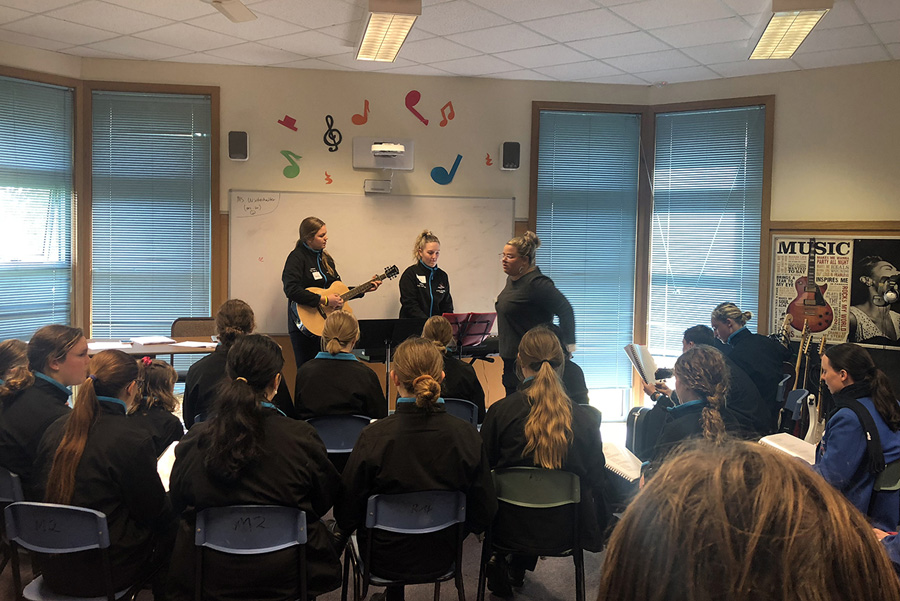 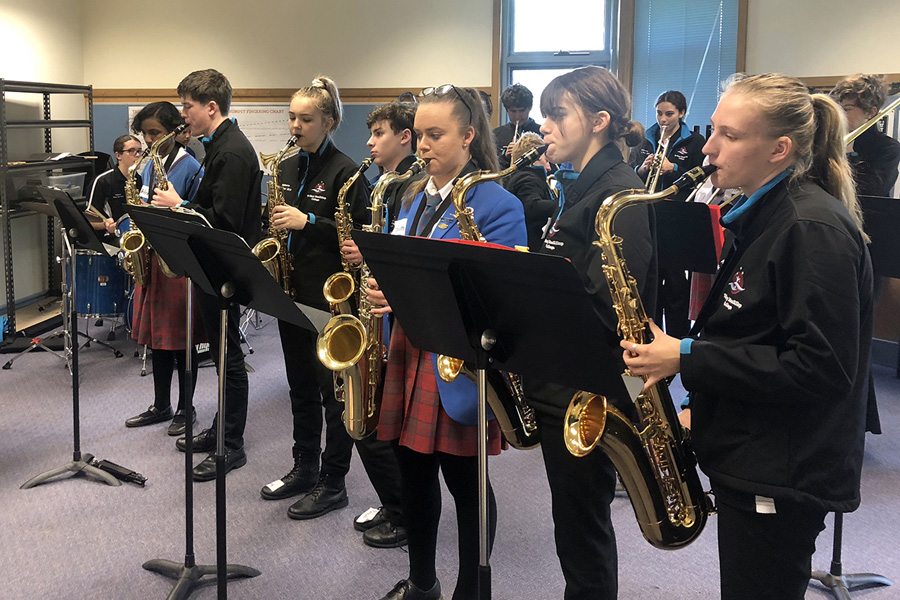 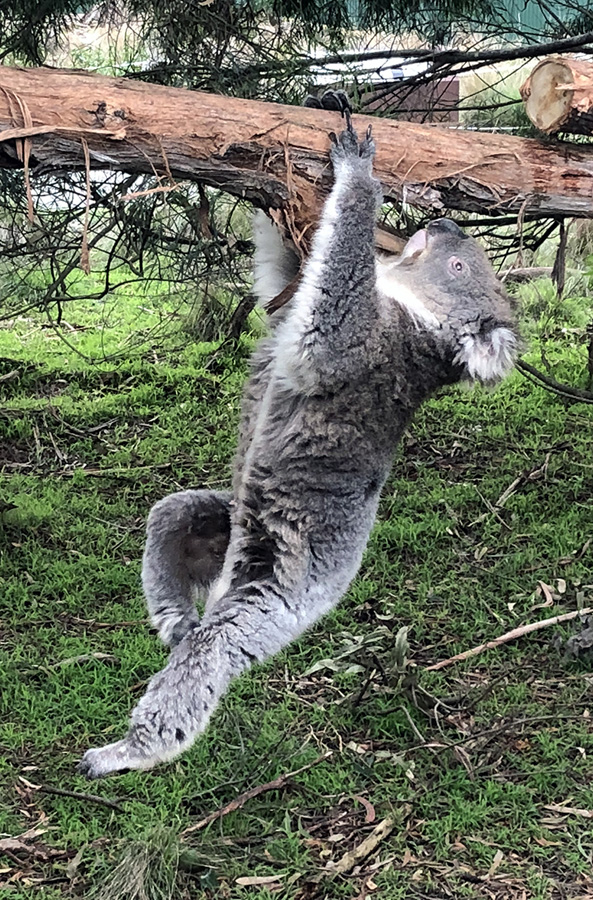 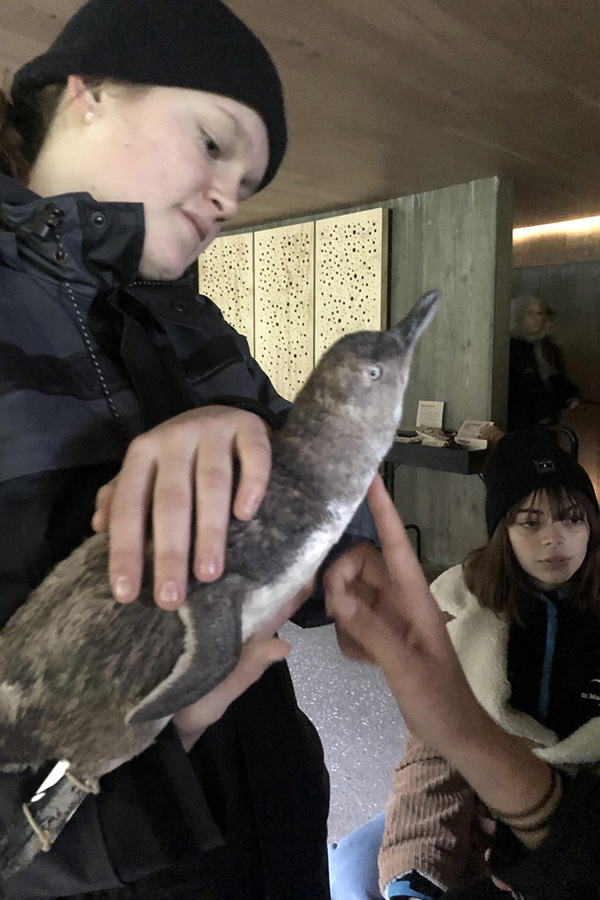 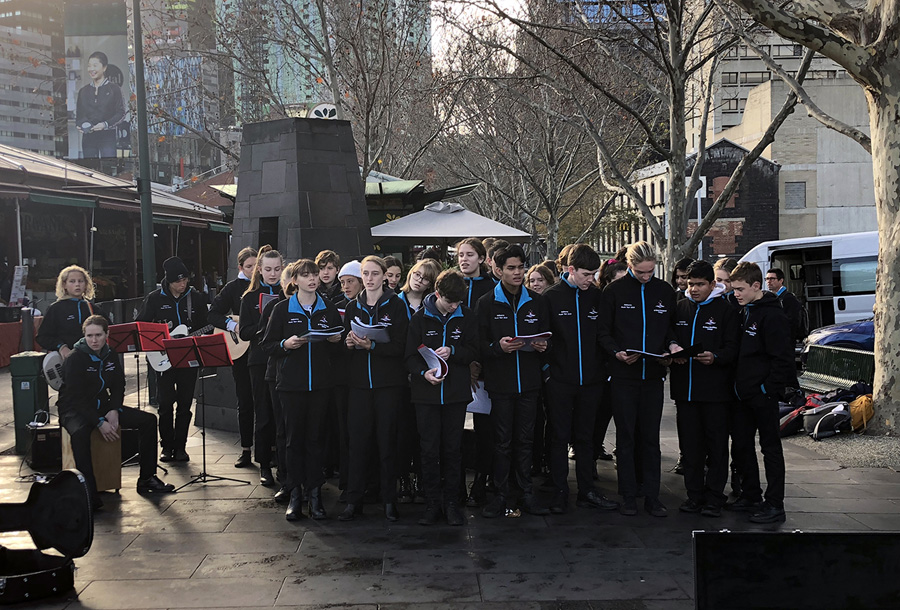 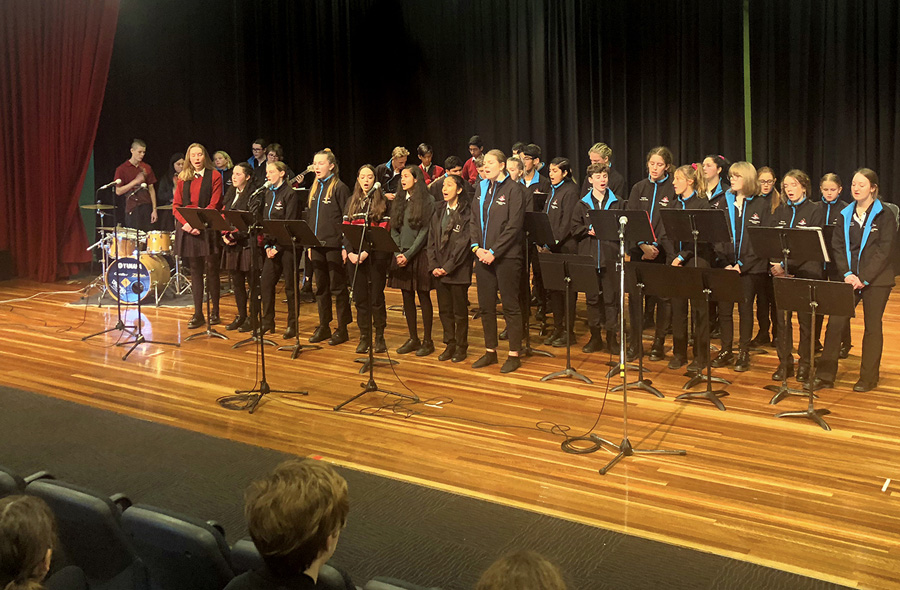 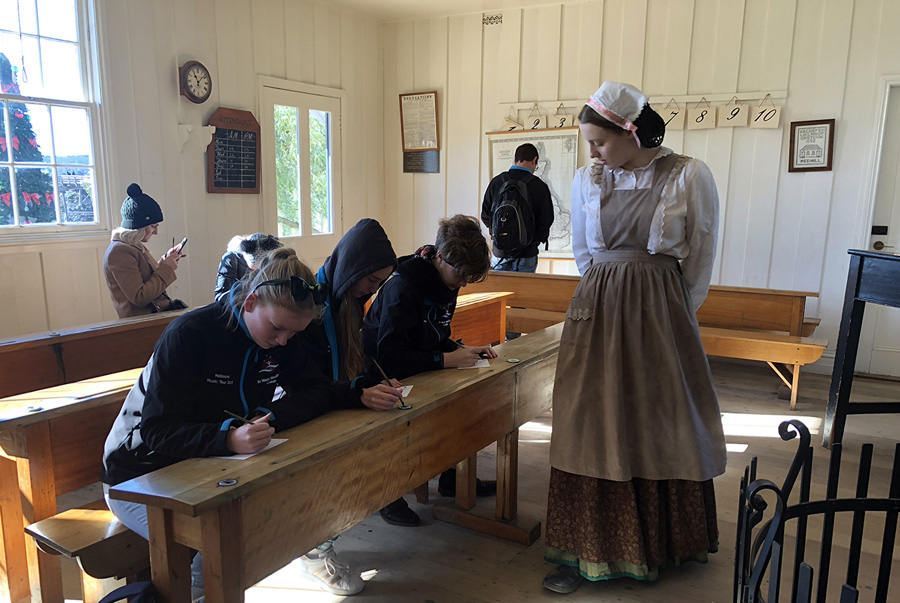 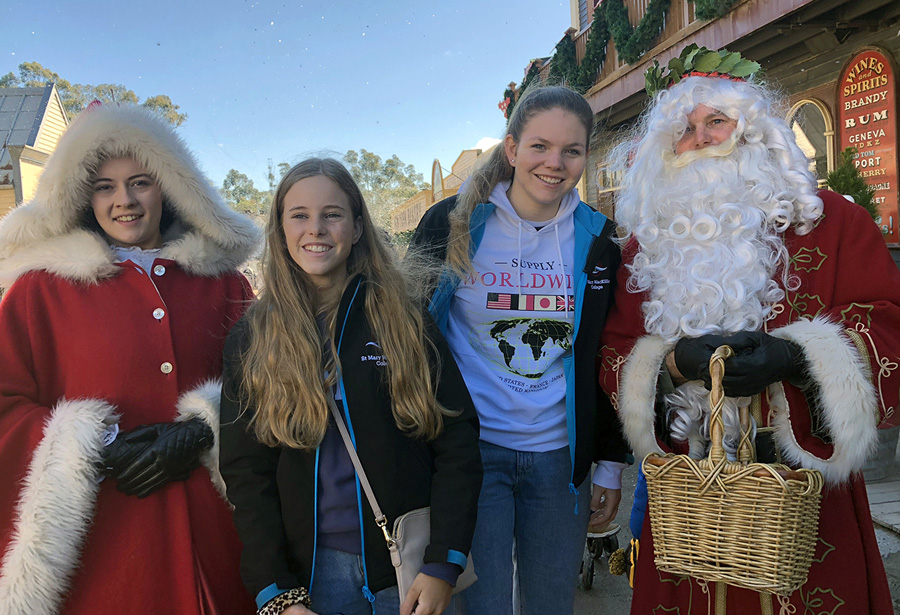 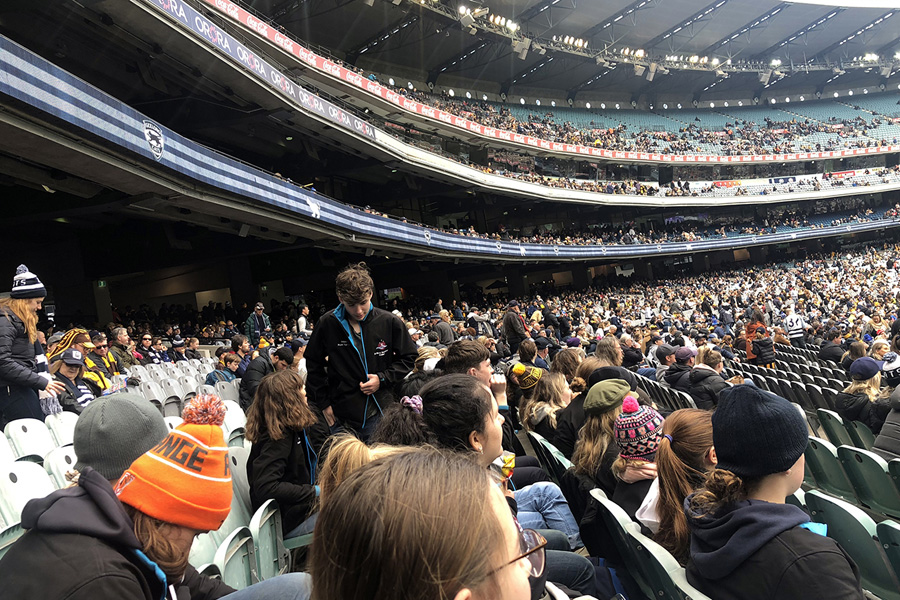