The Timor trip was full of excitement and wonder, from the time we stepped off the plane in Darwin until we touched down back home.

On Friday, after staying overnight in Darwin and then flying to Dili, we had time to visit the museum there and visit the Cristo Rei statue before we were off to Bacau.

We had a great couple of days getting to know the beautiful country and embrace the culture of East Timor, stopping overnight in Bacau to rest after a long drive. The bumpy 4-hour car trip had been filled with attempts to practise the local language and deciding which songs we were going to sing, interspersed with gazing out the window at the spectacular views.

Saturday was another beautiful day in paradise on a long and winding road into Baguia. The whole school came out to greet us and performed a special welcome ceremony for us. Our students were very moved by the experience and there were a few watery eyes when Leo thanked us for coming. They all had to introduce themselves, managing various pronunciations of Tetun, the local language.

The boys spent the afternoon enjoying a competitive game of volleyball and were thrashed by the locals despite their height advantage, while the girls joined in the dancing and skipping. That evening, we were warmly welcomed into Leo’s home for dinner and music practise, where we met family, who helped some of our non-musicians with the songs.

Sunday began with a very early Mass before walking down the hill to Bubaha’s school. A fabulous welcome ceremony by the school included dancing and singing performances in our honour, which was very humbling. Our students’ practise also paid off this time around when introducing themselves in Tetun.

We shared lunch together and then joined in the sport and dancing. After a few more speeches, our hot and happy team traipsed back up the hill to our Baguia fortress.

Monday the students tried their hand at teaching in Samalei, a brand new school built with funding from MacKillop. In the afternoon, the boys were beaten again at volleyball, while the girls joined in the skipping and elastics. Later we had afternoon tea at the priests’ house, followed by a tour of the orphanage. That evening we managed to surprise our birthday boy, Ethan, with streamers, balloons and a massive cake before dinner, which was then followed by a special pudding which Leo’s sister had made for dessert.

On Tuesday we were welcomed at Haeconi school, where the kindergarten being built last year was finished and looked fantastic. All the men from the village who had helped to build it were at this official opening ceremony, and the kindy children sang a special song for us. They were very proud of their new school. It was fabulous to see where the funds raised by MacKillop students goes, and how much of a difference we can make here. 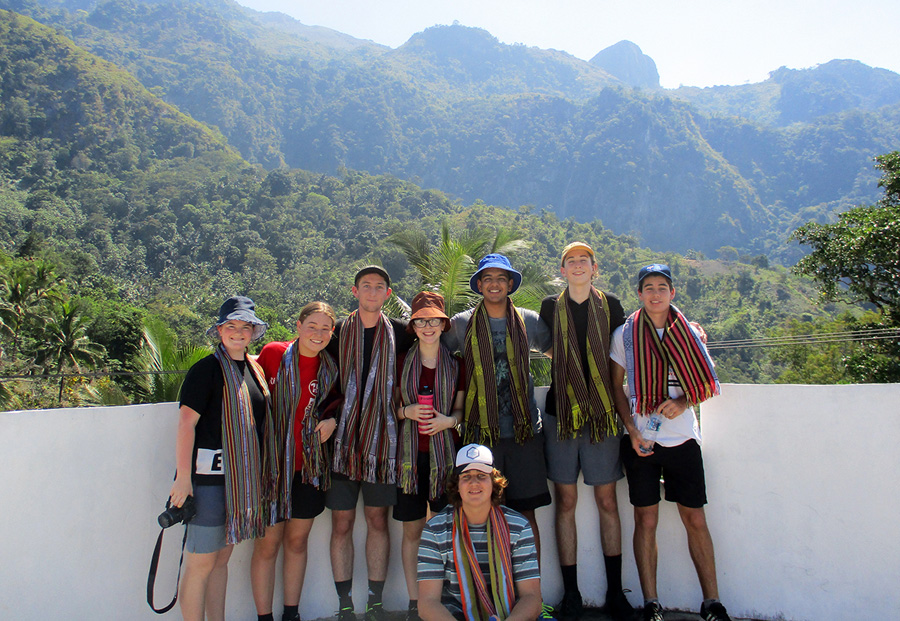 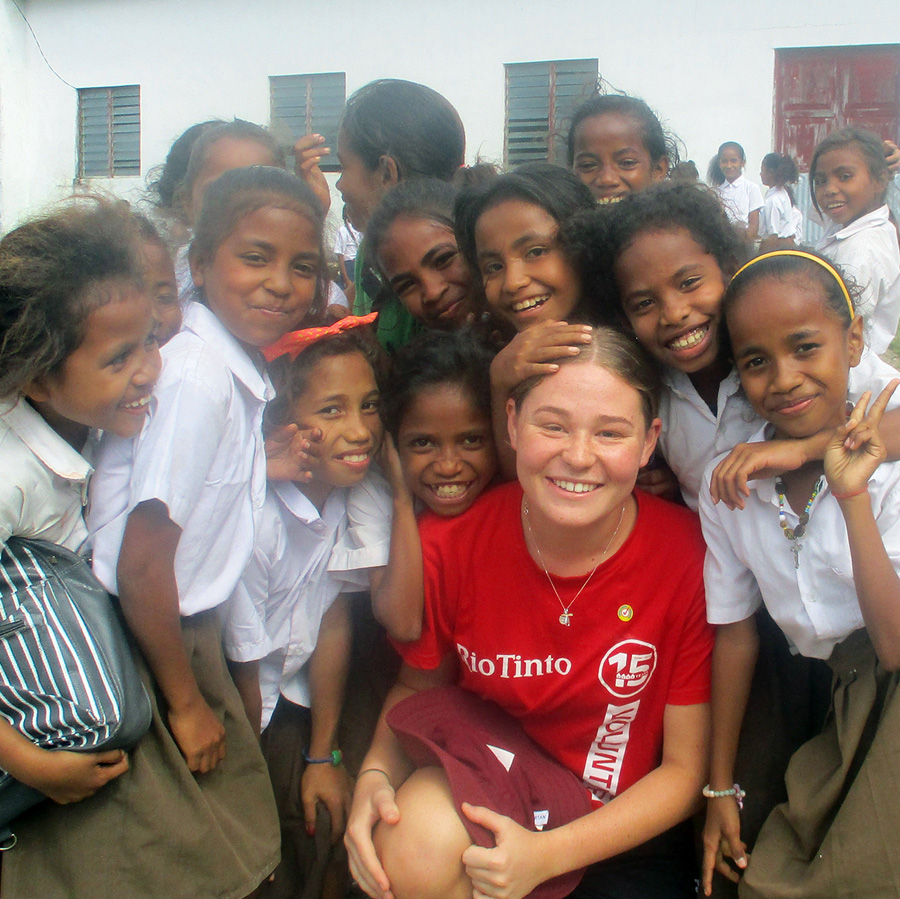 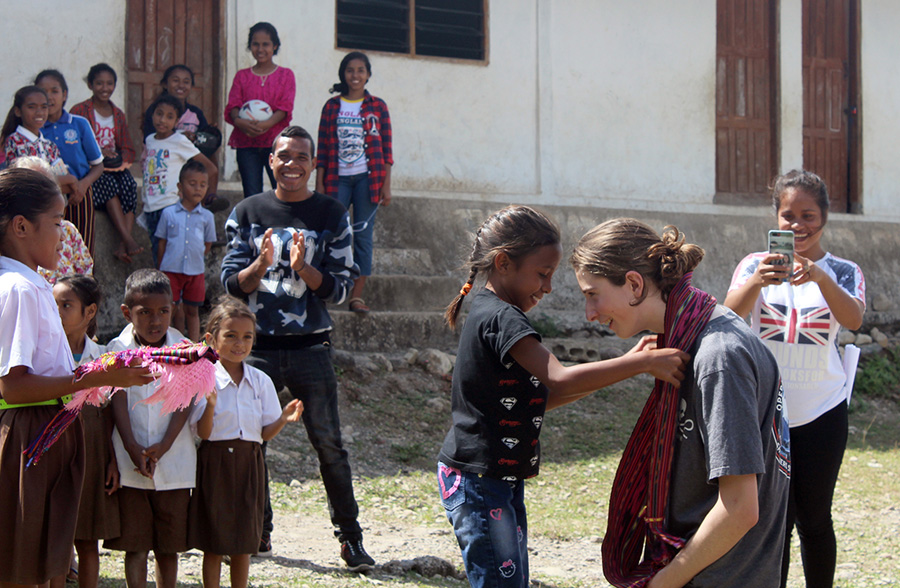 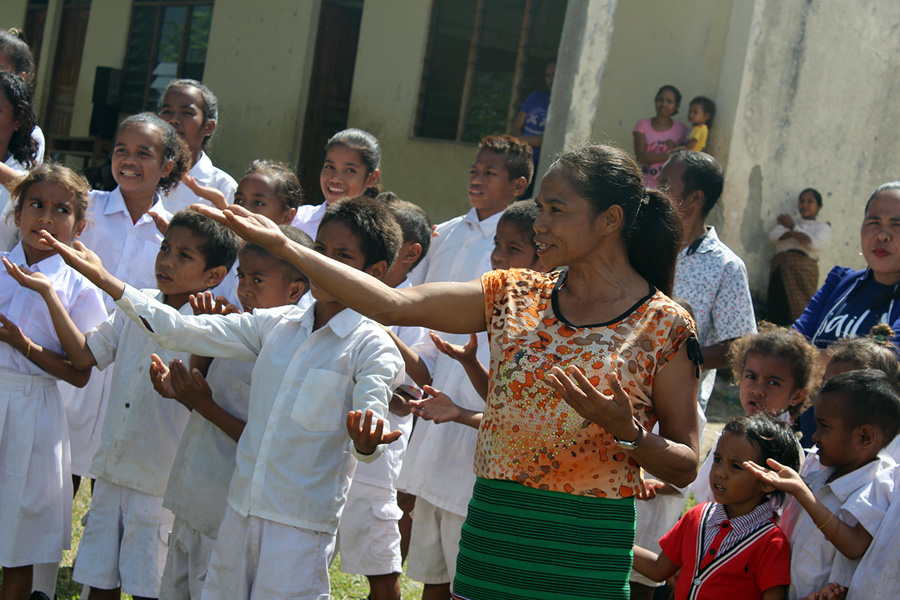 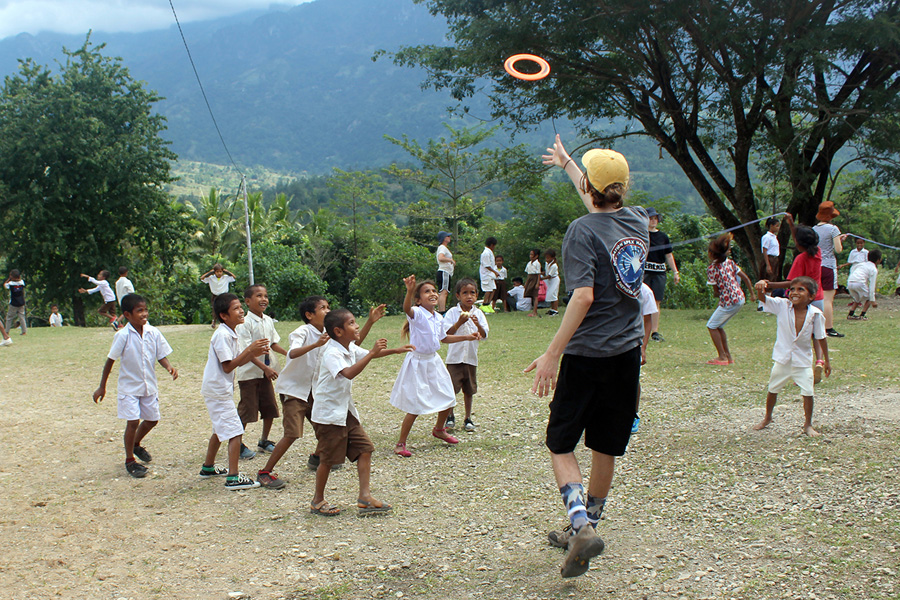 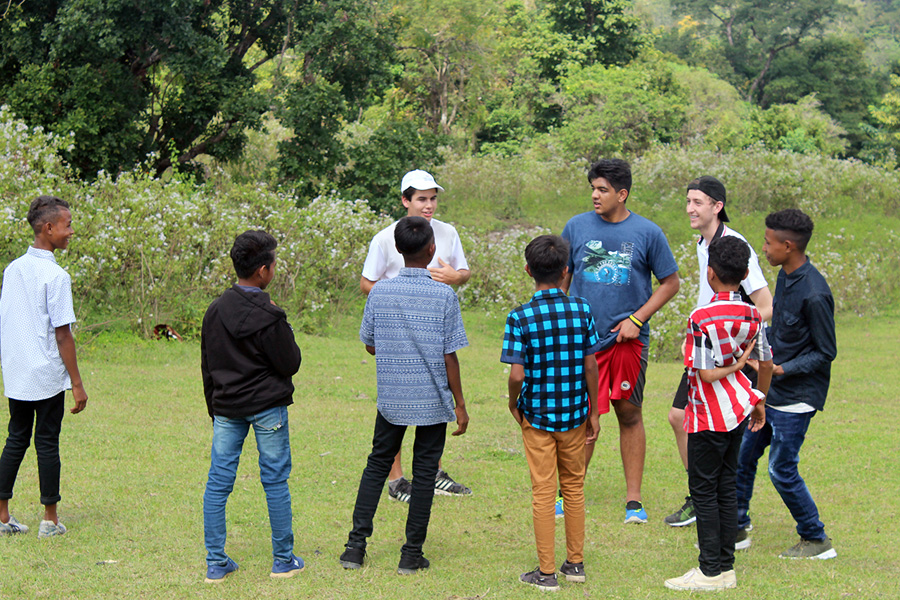 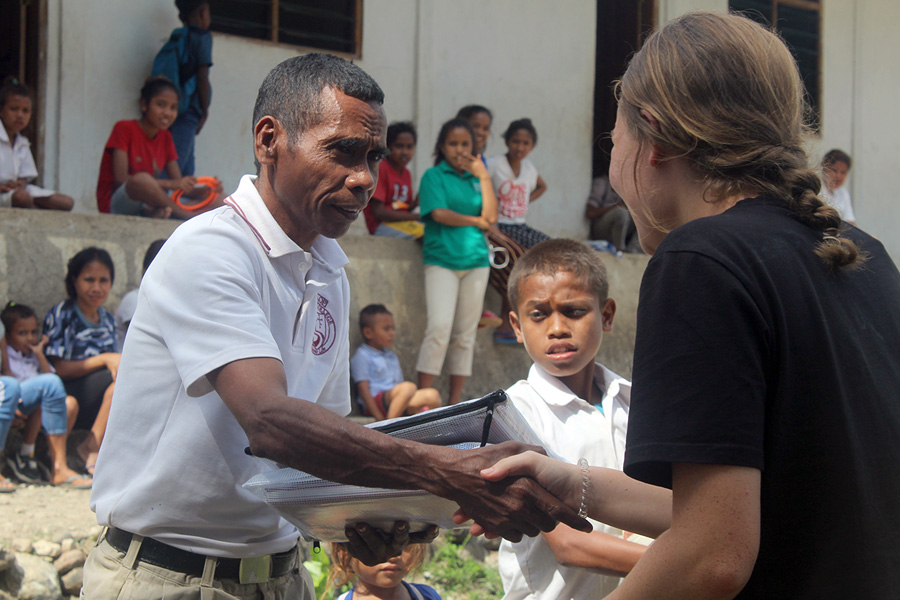 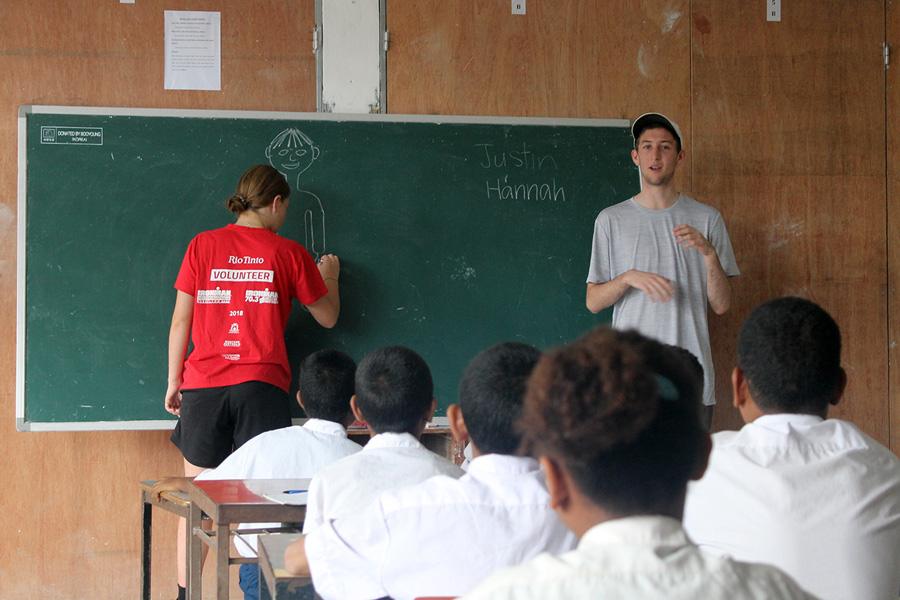 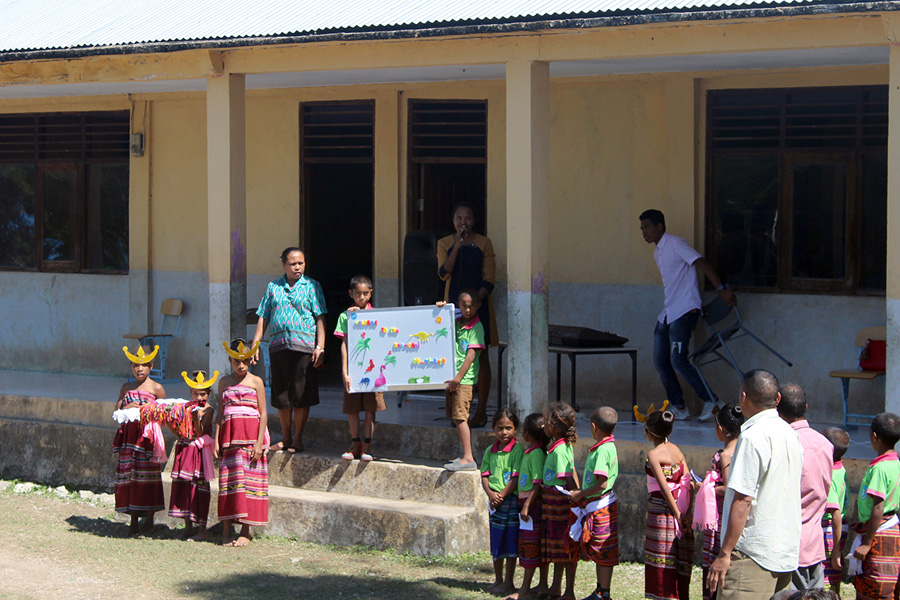 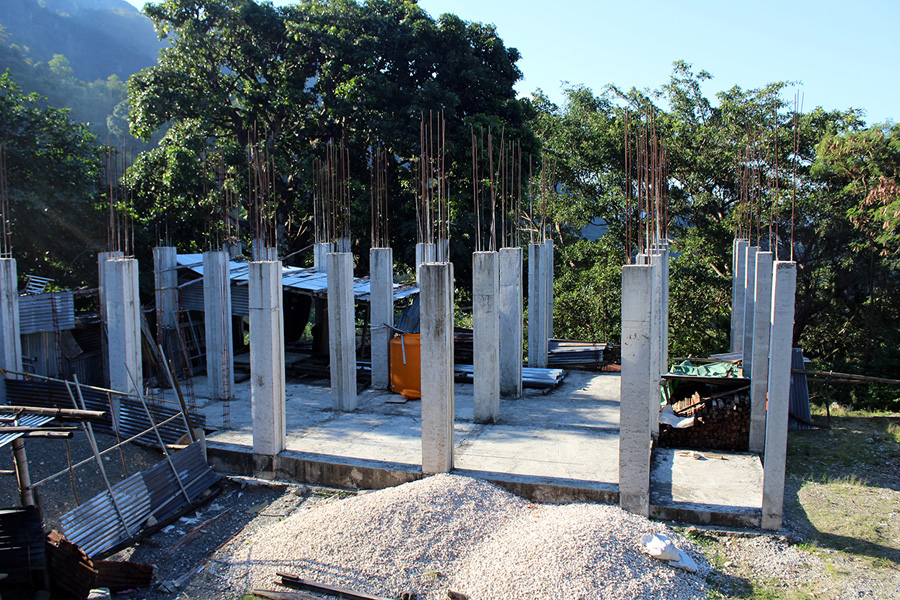