Congratulations to Year 12 student Alastair Bruce on his selection as a finalist in this year’s Cinesnaps student film competition, which is run as part of CinefestOz.

Aspiring film makers aged between 15-18 years were invited to create a 3-5 minute original short film based on the 2019 theme: ‘The Watch’. Alastair was selected as one of seven finalists from schools around the South West Region for his short film entitled ‘One in a Billion’, which is set in the ‘perfect’ city of Arcadia and explores the question: is everything I see and hear on the news true? “I wanted to follow the idea of the series Black Mirror,” he said, “exploring the idea of how the media might ensure specific values and beliefs are held within society”.

Alastair will attend a glamorous red-carpet Finale event on Thursday 29 August, where the finalists will receive feedback from the jury panel of high-profile Australian film industry professionals, before the winner and runner-up teams are announced.

As a first-time entrant, Alastair remarked that he was surprised to hear that he’d been named as a finalist, but said he is keen to see the response of the audience to his short film, and to hear feedback from the judges. While he found the whole experience of entering the competition to be “stressful but exciting”, he highly recommends it to anyone passionate about media production. “It’s a great beginning to the world of filmmaking.”

Tickets for the Cinesnaps Finale are available to the public online for $12.50 - but hurry, because the event normally sells out. Doors open 4:45pm for the best seats, and proceedings run from 5:15-6:45pm. 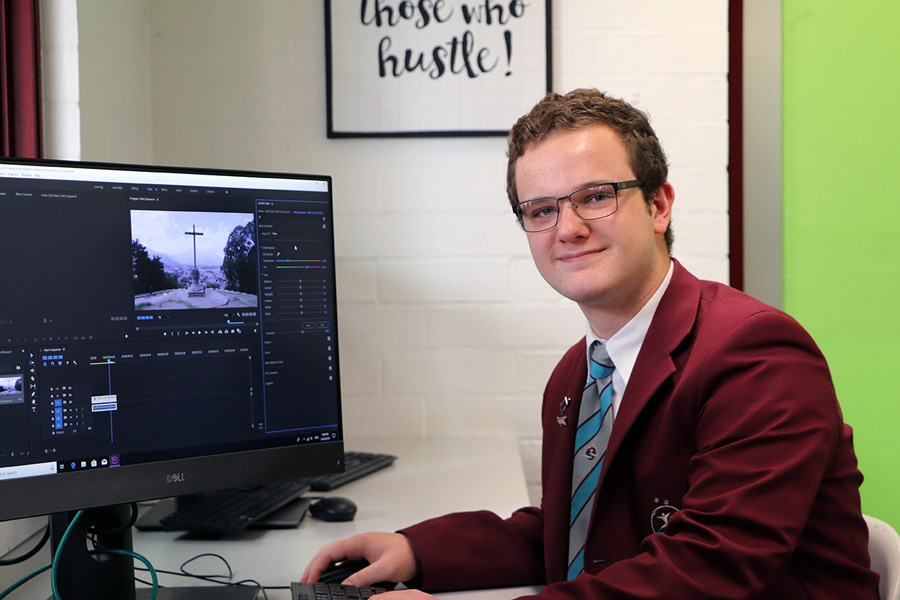