On August 30 the Primary Choir went up to Perth Arena to participate in the One Big Voice Festival, which brings together Primary students from across the state to sing songs about unity and the power of positive thinking. This is the largest choir festival

This year, the students performed songs such as Panic at the Disco’s ‘High Hopes’, ‘Unbreakable’ by Birds of Tokyo, and ‘A Million Dreams’ from the musical hit The Greatest Showman. “One of the highlights had to be when the audience joined in for John Farnham’s ‘The Voice’,” said Choirmaster Mrs Janine Milicich, “and lit up the arena with their mobile phones!”

All of the schools involved prepared a total of eleven songs to sing together, with each school allocated different parts, designed to fill the arena with harmony. The students from St Mary MacKillop College had to leave Busselton at 6am and return at 5:30pm in order to participate in the event, but Mrs Milicich said that it was worth the long day of travel. “The students performed beautifully. Many thanks to the parents who volunteered to help on the day.” 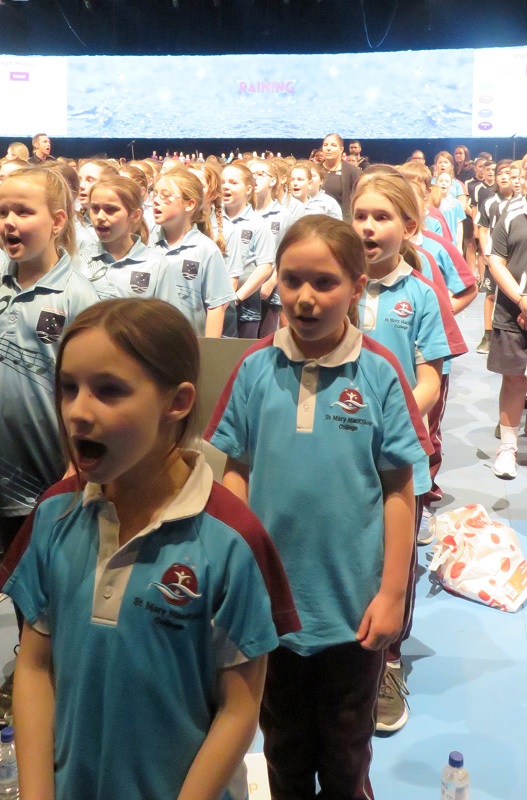 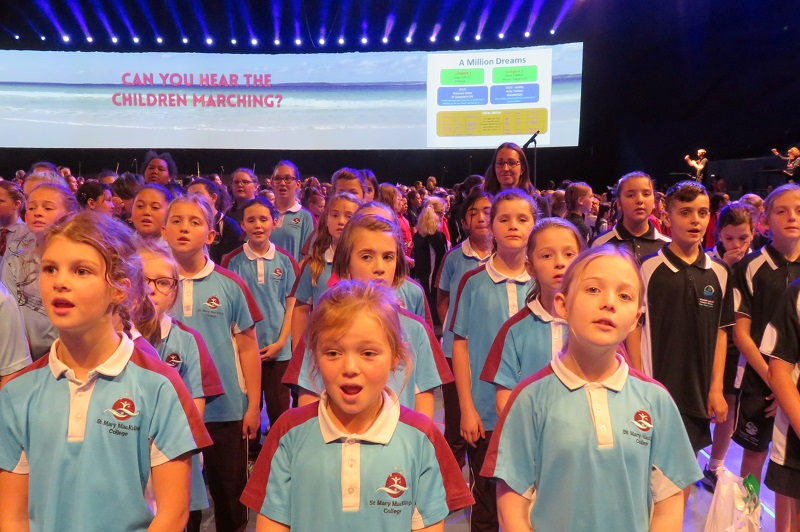 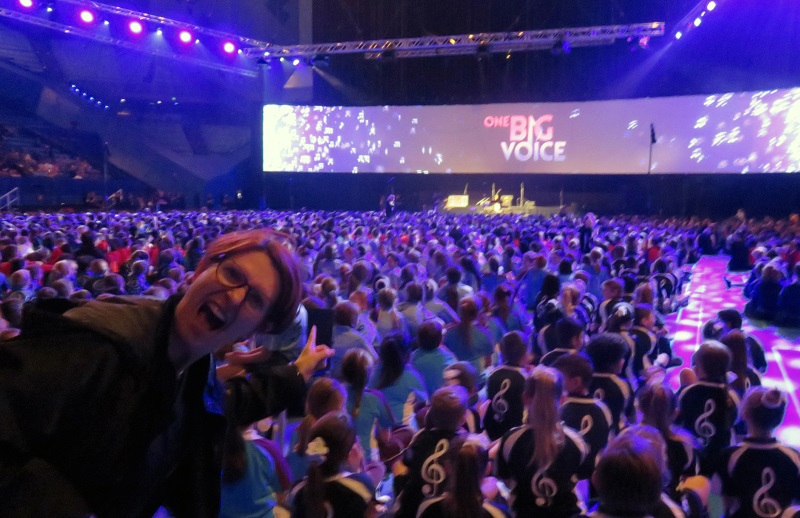 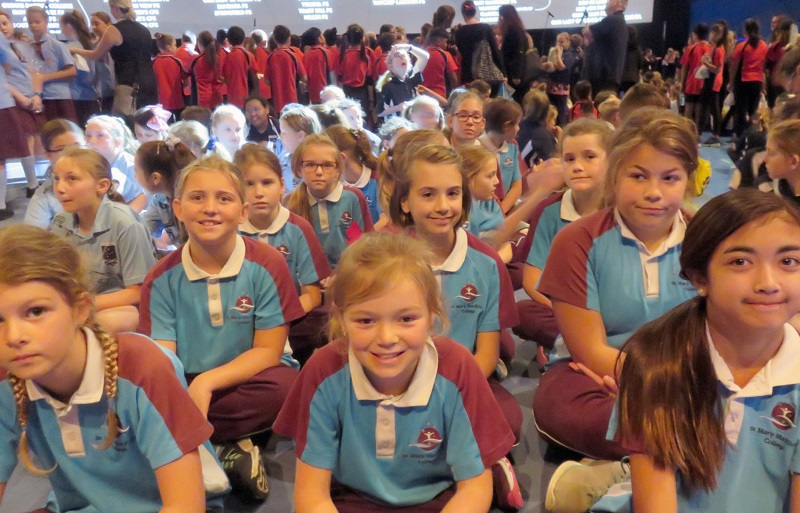